skip to main | skip to sidebar

I look at these lists all the time, yet I still doubt a lot of the facts. I always assume that some of them are false. Below is a list of recent facts from Harper's Index.

-Minimum numbers of properties the U.S. government was forced to buy as part of the S&L bailout

- Number of churches and athletic clubs, respectively, that this purchase included: 3,27

-Estimated portion of all freshwater drawn from U.S. sources each year that is used to cool power plants

- Year by which New Orleans is expected to be rebuilt, at the current pace: 2028

This is a great video. It has great fashion and is extremely ridiculous.

Chuck Close is a master at the art of stylized mosaic portraits. Close is a photorealist who views his world in tiny mosaics, using oil, silk screening, and water color, to capture the human face and body in portraits. By using hundreds of small squares abstract shapes and geometric figures, Chuck Close places them in such a way to create a spectacular finished piece. Each piece of the mosaic, when viewed individually seems to be unrelated. But through the artistic eye of Chuck Close, what may be four black diamonds turns into nostrils on a face. What seems like faded colors of mosaics turns into a light shining on a forehead. However, through the beauty of his unique style and creativity in making portraits the true story about Close is not told. During the late 1980s, Close suffered through a collapsed spinal artery which almost totally paralyzed him. Fortunately, with the aid of modern medical technologies Chuck Close fought through his condition and was able to continue with his passion for art. Unfortunately, for Close, his new physical condition meant that he would need more assistants to help him while creating his masterpieces and he could no longer help to set up his own exhibits. However, with the aid of a sophisticated electric wheelchair and a brace on his left arm he could once again work hard on what he loved to do which was working with art. The overcoming and triumph over such a tragedy is very inspiring especially because now close has stated that because of the accident his art has significantly improved. A man who has suffered through so much but still continues to find his passion through art by turning vivid tiny patterns into lifelike shapes amazes me. Close is a great inspiration because he has accomplished so many things even though he has suffered through such a horrible ordeal. Many of his works are extremely detailed and Close’s work has been seen in various places from the New York Times to the Addison Art Museum at Phillips Academy in Andover. 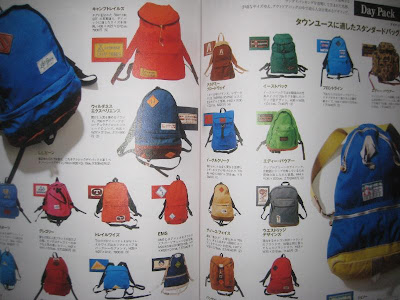 I absolutely love this picture and will post a lot more great scans from Japan as soon as I get my other computer working again. It reminds me of middle school.

I recently discovered this book while browsing on amazon. The book profiles modern menswear by interviewing a collection of menswear designers. It is an recession unfriendly price of $40. Here is a snap-shot of the book's contents.

-The menswear brand Hickey is having a winter sale.

These are two pictures on Hedi Slimane's photo diary. Slimane is the former genius behind Dior Homme.

Blackbird, rated one of the best stores by GQ, has added a website. It is http://www.blackbirdballard.com/new_arrivals_mens.html
The store features men's and women's clothing for a younger and trendier audience.

Across The Universe: Justice

Justice, the band, just released their newest album. It is about $15 on Itunes and includes a documentary including their tours, concerts, and a cd with live songs. I anticipate the album will be awesome. I have sampled a few of the songs and have really enjoyed it. "Across The Universe", their dvd, included with the album is absolutely ridiculous. It is a documentary of their latest tour and their shenanigans on their tour which include being arrested, speaking with homeless men, going to gun ranges, and getting married in Las Vegas.

Labels: Justice; Across the universe

I typed in "French Farmer" on google, and found this picture. I was looking for some old photos, but this picture was even better. A caption below the photo read: "Roadblock to free trade: French farmers ride their tractors from the EU headquarters to Paris, protesting proposed changes to the Common Agricultural Policy" 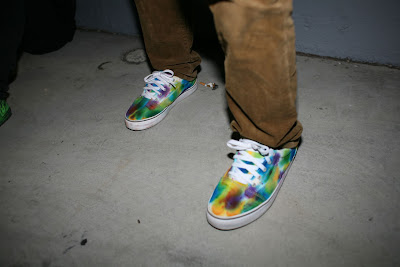 These shoes are awesome.

I just checked my email and found an email from Tim. I wondered to myself "who is Tim?, is it a virus?". For some reason, I opened it and it an announcement from Tim Hamilton that he is having a sample sale in New York. It will be Saturday and Sunday November 22-23. The sale is from 12 Pm -6 Pm. The address for the sample sale is below and his design team's email address.

For more information about Tim Hamilton check out these links

If you want to check out some good music that has been around for a little while, but without any hype listen to TV On The Radio. The band has a really unique style. I can't characterize it into one genre. Instead, I must admit that it is a smorgasbord of well-played beats and tunes.

Labels: TV ON THE RADIO

These picture are from this week's best fashion article. The article is about the spread of plaid in the fashion industry. It amazes me that it would even be considered a new coming phenomenon. I have always assumed that plaid was a staple in any person's wardrobe. Clearly,I have been proven wrong by The New York Times.

The show of the week is Summer Heights High. It premiered not too long ago on HBO. I saw a clip of it and could not stop laughing. Please check it out, but be prepared for a lot of crude "humour". I can't indent for some reason and that is the reason for the poor formatting of my latest postings.

A quick fashion note: Rugby is having a sale ending November 17th.

The band, Kings of Leon, seem to be really popular this week. My sister introduced me to them, I heard a lot of news about the band on the radio, and according to one of my friends the band's songs were a hit soundtrack to Gossip Girl. You can check them out by following the link that I posted above to sample some of the tracks.
I also have recently discovered Japanese fashion magazines. They have interesting titles like Huge, Non-no, and Pop-eye. However, they are legitimate magazines and pretty interesting things to flip-through. I will post a few pictures in the upcoming days.

marcanddolce dontmix@gmail.com
The pictures on this website are not property of Marc & Dolce: Don't Mix unless actually taken by us. Please be aware that all pictures are for commentary purposes only. None of the products discussed on this website are advertisements. All advertisments will be clearly identified. *Click blog title to return to homepage